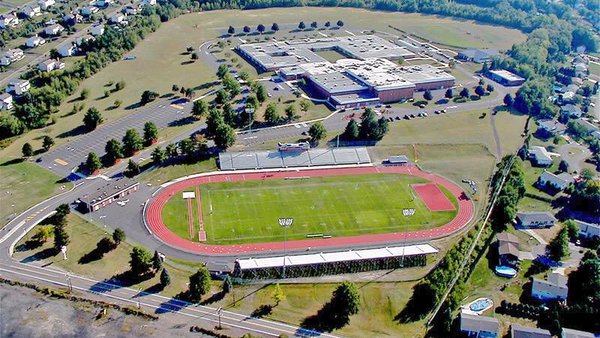 Home of the Patriots

Homes For Sale in Pittston, PA

If you’ve read this far, you’re probably deep into research on houses for sale in the Pittston Area School District.

There isn’t an event more associated with Pittston than its world-famous Tomato Festival! Over fifty thousand people will attend the four-day event that has been touted as one of the best festivals in Northeastern Pennsylvania. It also features delicious food, a variety of live entertainment, a parade, 5K run, games, rides, arts and crafts, bingo and of course home-grown Pittston tomatoes keep bringing an enthusiastic crowd to the festival year after year. Yes, there are tomato fights! For more information visit: https://www.facebook.com/pittstontomatofestival

With the end of anthracite mining in Northeastern Pennsylvania, Pittston saw one of its major industries disappear as quickly as one of the mine cars used to plug up the Knox Mine breach in the Susquehanna. Over the next few decades, Pittston also saw its manufacturing and garment businesses also disappear. People began moving away. The once lively main street was slowly dying with boarded-up businesses and decrepit facades but, the people of Pittston never gave up. Revitalization efforts began in 1996, when former mayor Mike Lombardo helped found Downtown Tomorrow and started small, encouraging businesses to improve the storefronts that may have fallen into disrepair because of mounting expenses. They started offering facade enhancement grants to businesses to improve their curb appeal in the hope the small improvements would inspire owners to keep the ball rolling.
Then in 2013, Pittston city officials broke ground on a $9 million condominium project on Kennedy Boulevard. Known as “River’s Edge,” the four-story building houses 30 condominiums and is the first major residential project in the city in several decades. Buildings like River’s Edge help further the goal of bring people back to Pittston and moving beyond a “linear” revitalization of just first-floor businesses.

Public art was another area that Pittston focused on in its revitalization efforts. Today someone walking down main street in Pittston can see a wide variety of interesting pieces of public art. From painted fire hydrants and beautiful wall murals to rather curious street signs and sculpture. Pittston is truly becoming an art destination in the northeast. What was once boarded-up businesses have been transformed into new businesses, parks, art galleries, eateries, a new medical center and educational facilities. Pittston is taking pride in its main street again and is now hosting a variety of new community events including the St. Patrick’s Day Parade (brought back after nearly 100 years), the Second Fridays Artwalk, Farmers Market, Trick or Treat on Main Street, Christmas in Pittston and more!
Downtown Tomorrow gave way to the city’s current Redevelopment Authority, but its mission remains the same. Now only is Pittston on the path to revitalization but its greatest days may still be ahead.

I’ve been in the real estate business in and around The Wyoming Valley since 1980, and I’m always happy to share what I’ve learned and to help you make your move to Pittston, PA or surrounding communities the best it can be for you and your family. Kevin Smith

Have Questions About Pittston Real Estate

Whether looking for homes for sale in Pittston or surrounding boroughs such as Avoca, Dupont, Duryea, Hughestown, Yatesville or Jenkins township, each area provides unique home styles and amenity levels, and I’m sure there’s one that would be just right for you.

With over 30,000 home buyers and sellers under CENTURY 21 Smith Hourigan Group belt, I hope you’ll reach out to me with any questions you may have about a move within the Pittston School District.

Even if you aren’t currently planning to buy or sell, I hope you’ll feel comfortable calling to talk about your unique real estate situation. I’d love the opportunity to become your Pittston School District agent long before you need one.

Browse Properties For Sale in Pittston

When you’re ready for more information on these Pittston Area School District real estate listings, just click the “Request More Information” button when viewing the details of any property. We can provide you with disclosures, past sales history, dates and prices of homes recently sold nearby, and more.
And, if you haven’t already, be sure to register for a free account so that you can receive email alerts whenever new Pittston real estate listings come on the market.

With over 30,000 home buyers and sellers under CENTURY 21 Smith Hourigan Group belt, I hope you will reach out to us with any questions you may have about homes for sale in the Pittston Area PA School District.

When you are ready for more information on any of the real estate listings in the Pittston Area PA School District just click the “Request More Information” button when viewing the details of any property. We can provide you with disclosures, past sales history, dates, and prices of homes recently sold nearby, and more.